Access control, at its most basic level, is a method of managing who and when a person enters an area. The individual entering could be a worker, a contractor, or a guest, and they could be walking, driving, or taking another method of transportation. A site, a structure, a room, or a cabinet could be the spot they’re entering.

To distinguish it from access control that restricts people from entering virtual areas – such as when logging into a computer network – we commonly refer to it as physical access control. Although one of its key functions is to improve security, a physical access control system can also provide a variety of other advantages. Improved business process efficiency and site or building management are only a few examples.

What is the definition of an access control system?

We commonly refer to an electronic security system when we talk about a physical access control system. To authorize someone to enter specified places, they usually utilize an identifier such as an access card. They can also provide vital data to help you track how your buildings and sites are used because they can register who accessed where and when.

Instead of using keys, why not utilize an access control system?

Mechanical keys are the most basic type of physical access control and are used by many smaller businesses. Mechanical keys, even for a small business, have various problems and restrictions – especially as a firm grows larger. The following are only a few of the issues that can arise while employing keys.

If a key is lost, you must change the lock to ensure that the lost key cannot be used. Then you’ll need to give out new keys to everyone who needs to use that door. 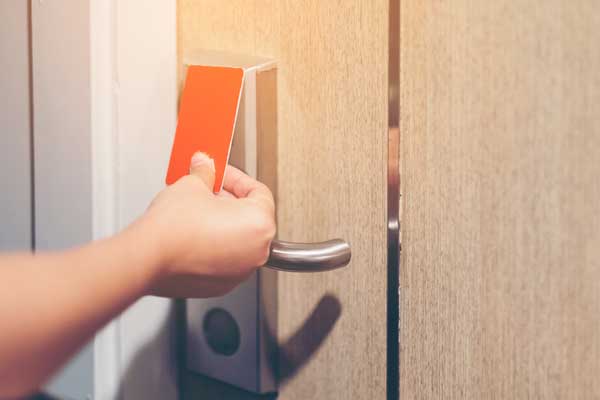 There is no audit trail with keys.

You can’t tell whether and when someone has used a key, therefore you don’t know who or when they entered.

If someone has to get into a lot of different buildings and rooms, they’ll require a lot of keys, which are cumbersome to carry and use. It can be tough to remember which key goes with which door, but labeling them poses too much of a security concern.

You may avoid the drawbacks of utilizing mechanical keys while also gaining a lot more control by employing an electronic access control system.

It will be able to manage:

For example, you might only want to give employees automatic access. Visitors and contractors, on the other hand, should report to the reception desk upon arrival.

Which doors are open to them?

Contractors and subordinate employees may only be permitted to enter the facility during their regular shifts, whereas senior employees may do so at any time.

What conditions do they have to meet in order to gain access?

You could, for example, configure your system so that contractors can only have access if they can prove they’ve given their certification.

A good access control system allows you to define these parameters for each individual, which provides you even more control. You may also change them fast and easily anytime you need to.

It will also show you who has accessed what and when, making it easier to discover who may have been involved in an incident 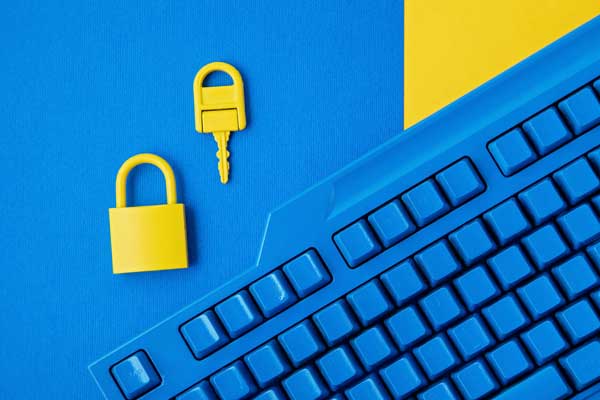 In access control systems, access cards are still the most common identifiers. You show your card to a reader and are allowed to enter if all of the conditions stored in the system are met.

However, there are alternatives to cards, some of which provide higher levels of security.

The following are the most important ways of identification:

Something you own, such as a key fob, a badge, or another kind of identification.

Something you already know, such as a PIN or password.

Biometric markers, such as your fingerprint or iris, are a part of who you are.

Each method of identification has advantages and disadvantages, thus the approach to use depends on the scenario. For example, you might use one strategy for external doors and another for internal doors.

You can also strengthen your security by combining two ways of identification. This is referred to as verification; you use the first technique to identify yourself, and the second to confirm that you are who you say you are. For example, in a room containing precious items, you might require visitors to identify themselves using their access card, then provide a PIN or present their fingerprint for verification.

Various departments are frequently involved when deciding who has access to what. HR, facilities management, and IT, as well as security, are all examples of this. Frequently, each of these departments has its own system that runs separately. However, this is inefficient and can lead to blunders that pose serious security threats.

All systems should be coordinated for maximum security and efficiency. An access control system with the ability to combine with other systems has the capability of connecting everything.

The first step is to guarantee that unauthorized people don’t gain access to your facility. Door access control is a matter of who, where, and when. An Access Control System determines who is allowed to enter or exit, where they are allowed to exit or enter, and when they are allowed to enter or exit. This means that it is the best type of access control you can get to guarantee the physical security of your remote sites and the security of your system equipment. Mechanical Locks and keys are not enough!

Electronic central door and access systems use computers to solve the limitations of mechanical locks and keys. A wide range of methods can be used to replace mechanical keys. You can use a swipe card, a password entered on a keypad, key fobs, or even biometric scanning to open your doors.

These special biometric readers are designed to read biometric information instead of a card that you carry. There are fingerprint readers, facial readers, finger vein, and other readers that read a characteristic of the person rather than a card that they carry. This is a much more secure system. 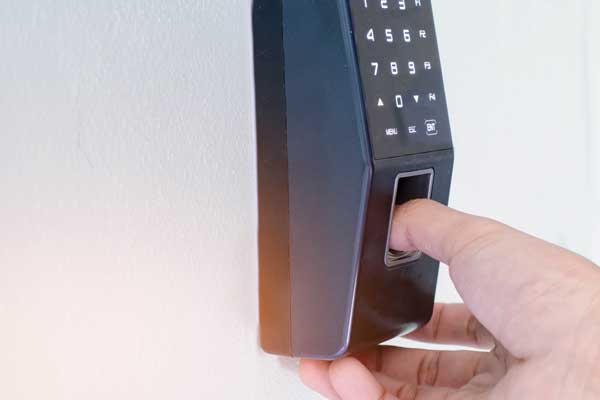 It is important to have a security access control system in dormitories as the supervisors would want and need to know who is leaving and entering the premises due to safety and security concerns. If there is no security system in place that would be dangerous as other people can enter the dormitories which could pose a threat to the migrant brothers safety and their belongings as well. It is important to know who goes in and out of the premises at what time to easily determine the persons involved if there is an accident.

It is also important to have CCTVs in dormitories as sometimes there are fights between migrant brothers and having a CCTV will help to discover the truth and who started the fight or who provoked the person. This is very useful as to help make sure the wrong person is not punished.

1st Solution is a renowned and established CCTV service provider in Singapore. We specialise in many IT equipment and supplies such as CCTV, Digital Locks, Time Attendance, Door Access (Fingerprint Access, Retina Access, Face Recognition), and etc.